Tenpai and tea spirit cult from the world of modern bonsai and modern tea. At first, the title may be puzzling, but there is an interesting thing about the idea of ​​being able to endow an object or work of art with two functions at once, which is traditionally a deviant art rather than a tradition preserver for both functions. But such is the current state of the modern in art, bonsai culture, and tea art alike. It is alive, but it seeks to escape the grip of appearances that cannot be used in everyday life and to bring the present closer to the past. Whether it’s a bonsai exhibition or tokonoma decor, kazari or ikebana, modern Chinese or Japanese tea, contemporary sculpture is always at our disposal and, together with contemporary applied art, can provide answers to Asian culture’s pleasurable purposes in Europe or (however surprising the use of words and interests) values.

In most cases, the tenpai figures are bronze castings. Sometimes porcelain or bone is the raw material – less often ceramic, wood or bamboo. Their function is to appear as an accentuating or complementary element to a bonsai or suiseki composition placed in a space or interior. This is not the case with the ghost of tea, which, in addition to its many cultural aspects, is an active or passive tea supplement on the tea table. Bonsai and tea culture aren’t as far apart as we might think and if surprising, they have plenty of common object accessories and plenty of similar representational props. This should not come as a surprise to anyone who thinks they know Japanese or Chinese culture. However, in addition to some elements of traditional Asian culture today, it is worth noting that there are modern trends that are specifically looking for new ways in the world of tea as well as in the world of bonsai. 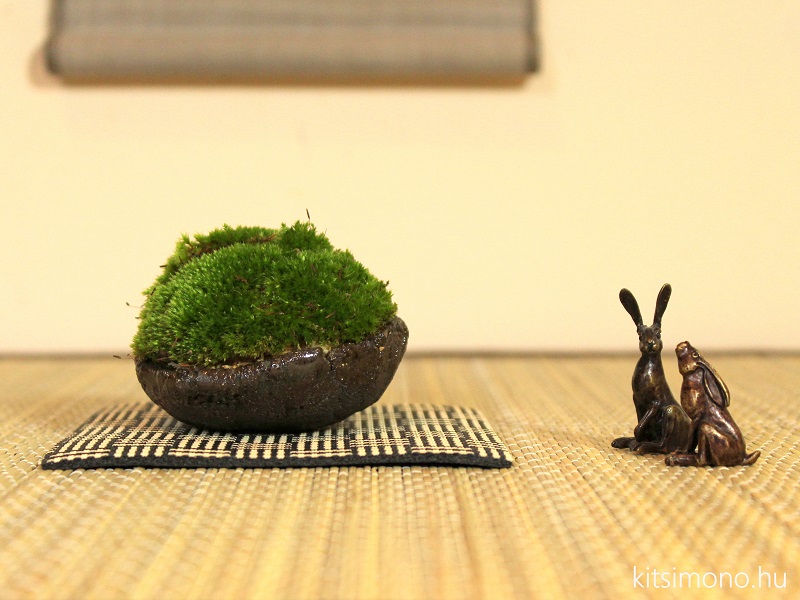 Tenpai figures have become a huge cult in the world of both traditional and modern bonsai. Concrete sculptures correspond to the themes of the exhibition units, and it is not uncommon to notice with pleasant surprise that these contemporary sculptures, as small masterpieces, have long since slipped unnoticed into the world of modern Asian tea-making. In many cases, the tenpai figures of our workshop also react to this cultural and artistic phenomenon, and to our greatest pride they have already appeared in Japan, South Korea, Taiwan, Belgium, Germany, the United States, Slovakia, Poland, Austria and last but not least in Hungary at bonsai exhibitions. and in private collections in many other countries. Some of these hand-made – by the way, modern-style sculptures have now been added to our webshop.

If you’re interested in what a truly high-quality bonsai show is like in Europe, check out the video below showcasing an anniversary event on the KitsimonoSounder channel. The video is in Hungarian, it was recorded in 2019 and it was made in the best place at the best time!